Manuela lives with her brothers and sisters. Her mother left Guatemala when Manuela’s father died to move to the United States to earn enough money to take care of the family.
Manuela is not able to walk because she has “crooked feet” …. severe club feet. Because she cannot wear shoes and is embarrassed about her feet, she does not go to school. Manuela dreams of playing with other kids. She dreams about laughing. But mostly she dreams that her feet are straight and she can walk like a normal person. 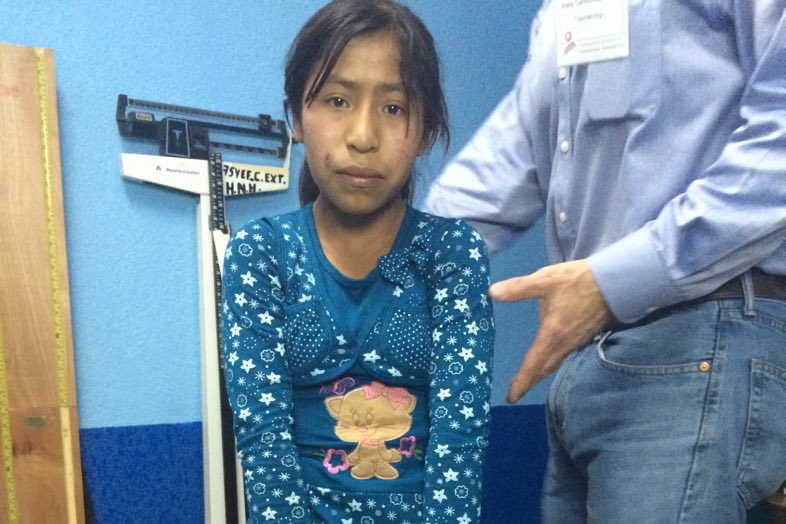 Manuela getting ready for surgery

Her family never had any money for an operation. They never even thought about an operation, until they learned about Operation Rainbow and the team of doctors and nurses coming to Guatemala to perform free surgeries for kids in need. Manuela’s sister took her to meet the Operation Rainbow doctors. She was excited but nervous when the doctors told her they could operate and fix one foot and, once that foot had healed, they could perform a second operation.

The first operation was a huge success. She had to go for the second operation by herself, but she knew what to expect after the first surgery.

The first time she saw both of her feet straight she could not stop laughing with joy. Manuela realized her dream of wearing pretty shoes. She had to work hard at learning to walk, but now she can walk, jump, dance and play. She is forever grateful to Operation Rainbow for giving her the gift of walking and leading a normal life.

View this video to hear from Manuela in her own words how Operation Rainbow changed her life forever.