In March 2014, the Operation Rainbow team traveled to Huehuetenango, Guatemala.

The team performed numerous surgeries during its week on the ground. But one patient’s story was particularly touching to the entire Operation Rainbow team. 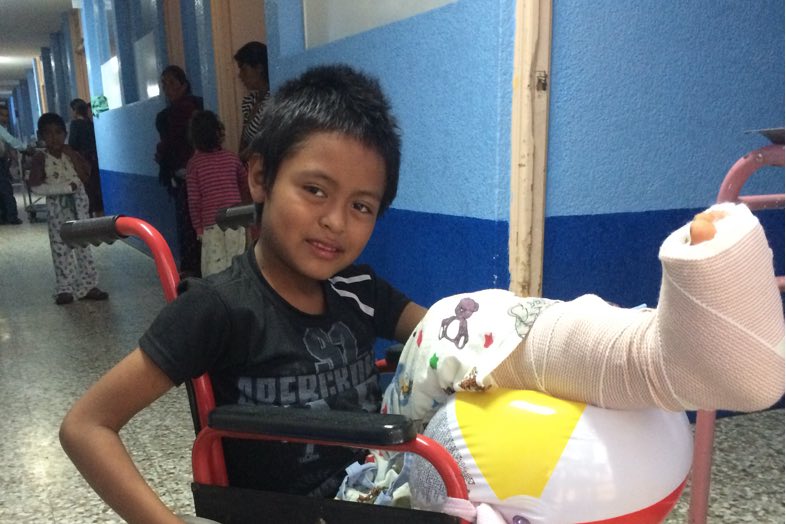 Juan David was 10 years old with a severe club foot.

Juan David was 10 years old with a severe club foot. Juan David had lived his whole life obsessed with soccer and his dream was to be able to play soccer with his friends. But without an operation that would never be possible.

Juan’s family traveled 10 hours by bus for the surgery. The family realized that Operation Rainbow was the one chance for Juan to lead a normal life as an active child and adult. The surgery was a complete success, enabling Juan to walk and join his friends on the soccer field. Juan’s family is happy to report to the Operation Rainbow team that they cannot get him off the soccer field. His dream has come true!